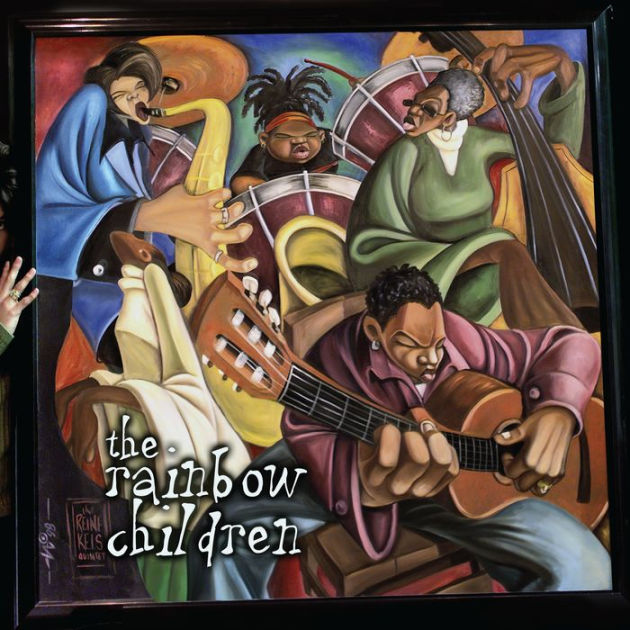 Badd Kitti’s Prince tribute features one of his lesser known, and sadly lesser acclaimed albums, The Rainbow Children.  His 24th studio album,  The Rainbow Children was released in 2001, after Prince’s conversion to the Jehova’s Witness faith. It is a concept album, engulfing the listener in the musical musings of what appears to be Prince’s spiritual journey. It is also a transitional album for “The Artist”, as the first to be released under the Prince name since he began using the symbol in the mid-90s.

The Rainbow Children is a hard to categorize musically. It has a definite jazz overtones, and is a return to Prince’s use of live drums, and orchestral instruments, reminiscent of “Sign O’ the Times”. Prince’s compositions are rich, and textured, flowing freely from jazz, funk, classical, rock – sometimes all in one song. As in no other album, Prince’s genius is fully on display, and we hear his unlimited musical range.

If you’re unfamiliar with this album, it’s probably because Prince released The Rainbow Children through an independent distributor, with little fanfare or promotion. No doubt this explains why the album has only sold a little over half a million copies in nearly twenty years!  In spite of this, The Rainbow Children is a truly brilliant work, worthy of MUCH more recognition than it’s received. The album was nearly impossible to find until just recently, when it was re-released by Prince’s estate on both CD and vinyl. I highly recommend adding this gem to your Prince collection.

Notify Me About New Shows!

The Funk Excursion is broadcast LIVE Every Saturday from 8-10 pm on WCSU/Jazzy 88.9 FM, (Central State University – Wilberforce, OH)
and online at WCSUFM.ORG